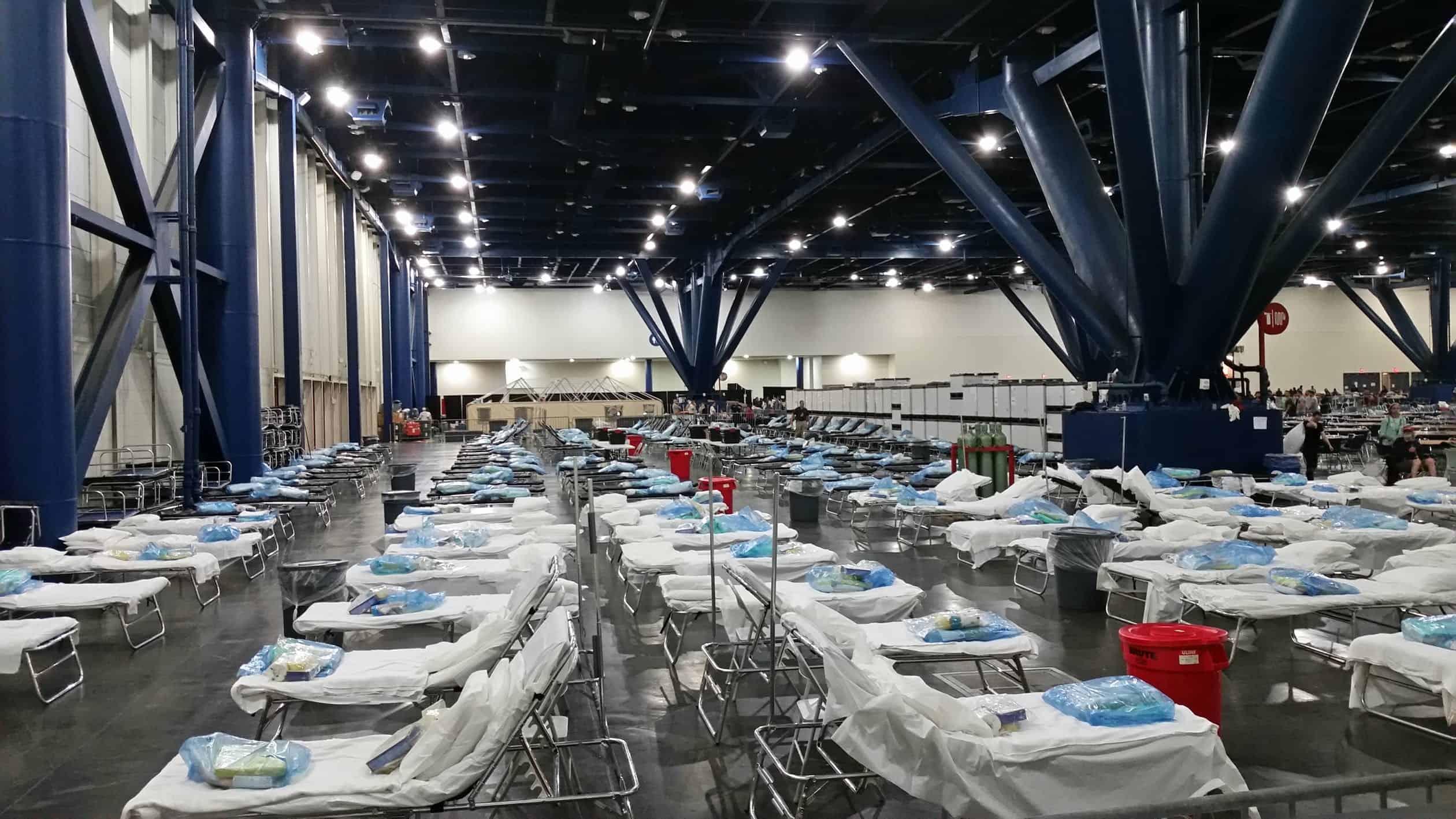 
The latest WHO declaration of monkeypox as public health emergency of international concern (PHEIC) may sound familiar – the last time it happened, it was in January 2020 when COVID-19 outbreaks were detected around the globe.


Are we headed towards a monkeypox pandemic?

It depends. Monkeypox is considered a “rare” zoonotic disease caused by the monkeypox virus, which belongs to the same group of viruses as the eradicated smallpox virus. While monkeypox is a different disease that belongs to a different family of viruses – and requires different types of contact to spread – it reflects the recent rise of spillover events, involving the spread of a pathogen from one species to another.

When the WHO designates diseases a PHEIC, it reflects concerns around its serious, sudden, or unusual circulating patterns, and degree of international spread outside its endemic countries. It also establishes the need for immediate, coordinated responses required on an international level which can prompt further action.¹ The potential for monkeypox to become increasingly challenging to contain will be influenced by these actions in the coming months.

What have we learned from previous global public health emergencies?

We’ve learned that containing communicable disease spread can be like putting out a fire – identifying where the fire is spreading quickest, how it might spread to other flammable areas, and what approaches work best when fighting fire helps inform future actions. And just because the fire is contained in our own backyard now, doesn’t mean our neighbours are safe. In a world of finite resources, we need to allocate our resources efficiently, effectively, and in a timely manner.

Where is monkeypox currently spreading?

Since monkeypox was first detected in May 2022, more than 18,000 cases have been reported in 70 non-endemic countries (as of July 27, 2022).² However, case counts don’t always reflect the full picture. Each country and the smaller communities within them have unique population characteristics and behavioural patterns that affect the dynamics of disease transmission.

You should know: Based on data available at the time, BlueDot’s clients received an intelligence report in May 2022 on where endemic regions for monkeypox were likely underreporting cases. We estimated that the true outbreak size in Nigeria between April to May 2022 were nearly 120 to 360 times larger than reported.

Particularly for an unfamiliar disease like monkeypox, surveillance efforts are often imperfect – and can be sub-optimal even for regions with robust public health systems. Looking at the pace at which cases are rising or slowing down, in specific regions, can reveal a forward-looking, focused, and dynamic outlook. 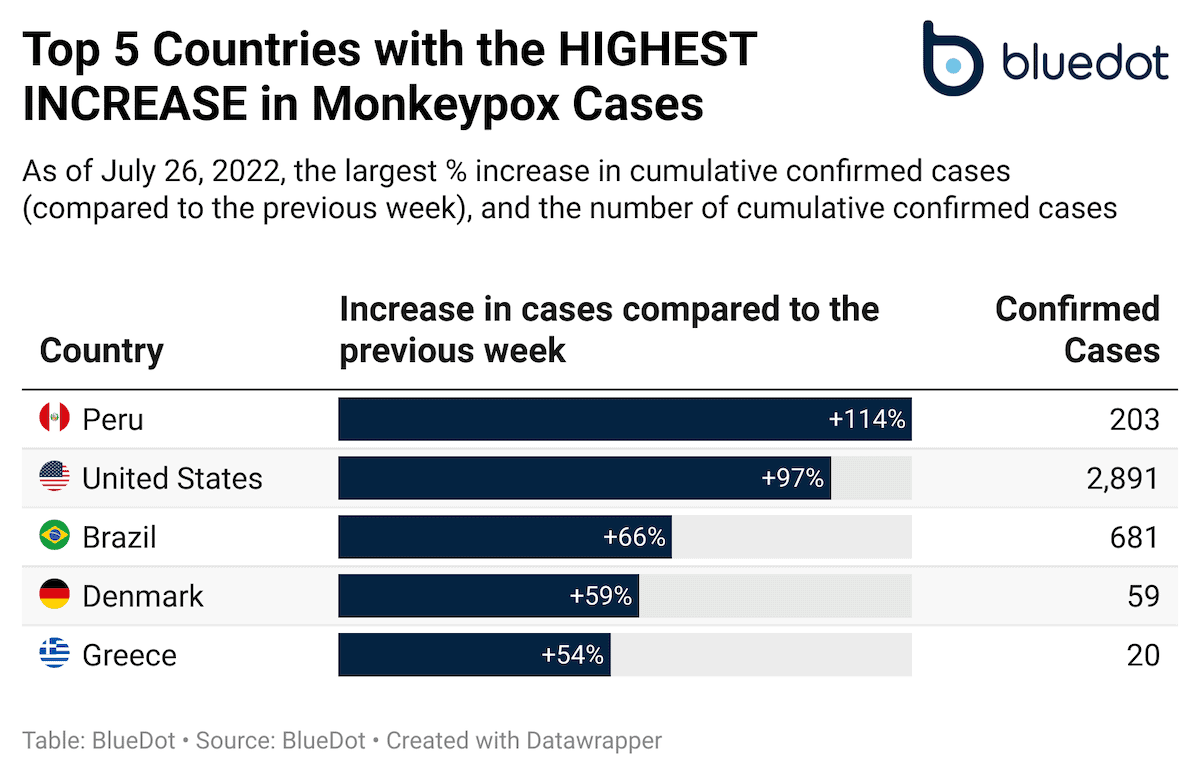 Learn what we know, who is at risk, and what approaches are needed in our latest monkeypox briefing


How does monkeypox spread?

Monkeypox spreads primarily through contact with infected humans or animals – most likely via contact with skin lesions, body fluids, contaminated materials (fomites), and/or through respiratory droplet transmission. While the global monkeypox outbreak appears to be being driven by the unique social network it is primarily spreading within (e.g., men who have sex with men), the risk of transmission is not confined to one type of social network.

What can we do?

The WHO declaration of monkeypox as a PHEIC reminds us that threats from emerging and re-emerging infectious diseases can happen simultaneously with the ongoing COVID-19 pandemic.

Monkeypox was a top five biothreat we identified with high potential to disrupt select industries.

One lesson we can learn from past global health emergencies is that a timely and coordinated response is needed.

Having access to infectious disease intelligence around the latest outbreaks can empower governments and enterprises to better prepare, mitigate risk, and significantly improve outcomes associated with new and re-emerging infectious disease threats.

Update on COVID-19 in the Caribbean

What Australia tells us about influenza and COVID-19